Once a month we go to have Chase and Bridget's (she is Chase's aunt) pictures taken at JcPenney's Portrait Studio. This month the pictures turned out exceptionally well. We were very pleased.

By the way, the wagon is Bridget's. We carted that thing up to the studio. It was quite a scene. Thankfully, we go early in the morning, so there were not that many people in the mall!

I posted these pictures just for Stef Arnold! :) 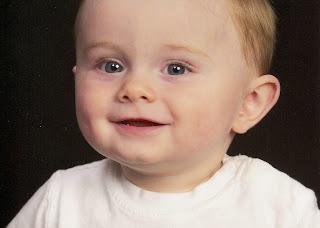 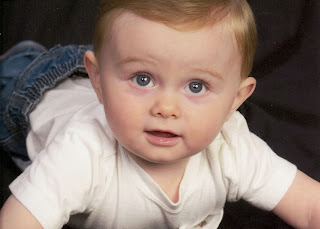 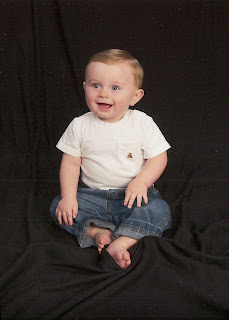 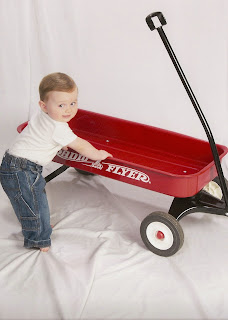 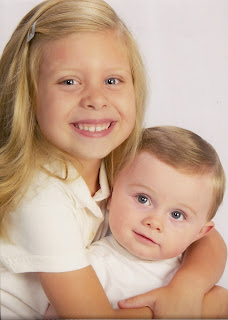 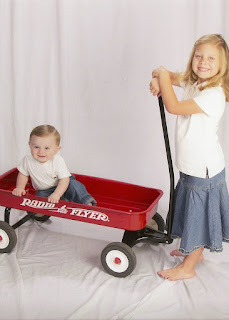 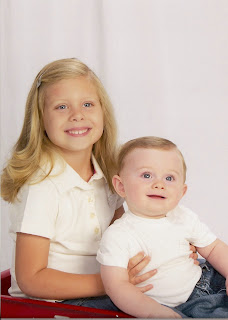 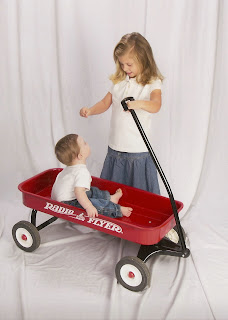 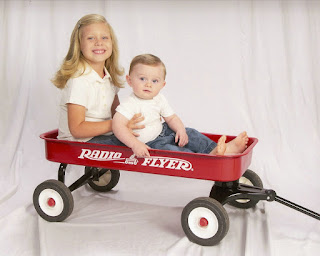 I thought I would give Chase's regular 10 month update along with an update about his Dr. appointment that we went to today.

Today Chase had his 10 month check-up. We got a great report about our little guy. He is super healthy. It has been such a blessing to have my grandma (Chase's great-grandma) come with us to see Dr. Yu. Chase is quite attached to her, and she is very comforting to him.

He is growing like a weed. He weighed in at 21 lbs. 11 oz (50th percentile). He is 30.5 inches long (90th percentile). The Dr. let us know that he was late in getting his teeth because he has been in such a huge growth spurt. He mentioned that the average baby gets their teeth around 6 months of age, and that the average child's growth slows down around that age. Apparently, Chase didn't get the memo. :) There must be some connection between growth and the teeth coming in. I always learn something new at his appointments.

We also discussed Chase's sleeping issues. He said that sleeping habits can be genetic. It appears that he takes after the Green side of the family. He can operate on very little sleep. He said that the average baby sleeps 15-18 hours a day. Not our little guy. He sleeps about 12-13 hours a day.

The worst part of our visit was the trip to the lab. The Dr. wanted to have Chase's blood drawn for some routine tests. After poking him in both arms and not having any success, they decided to prick his finger. We sat through 10 minutes of screaming (really loud, pathetic screaming) to get the little bit of blood for the tests. It was horrible. I felt so badly for him. He was thoroughly exhausted by the time we left.

As of yesterday, we started giving Chase Motrin every 6 hours for his teething discomfort. This has done wonders for his disposition. We have our happy little guy back. He has been so fussy lately. He was actually able to play and entertain himself for longer than a minute or two. He took a pretty good nap this afternoon. I am hoping that his teeth will break through, and that he will be relieved of his discomfort.

As the months go by, Chase gets more and more active. He never stops moving during the day. Some of his favorite activities include getting into cabinets, pulling books off the shelf, pulling clothes out of drawers, unfolding the laundry that mommy just folded, climbing stairs, getting into Aunt Bridgie's toys, and walking around our furniture. I am just shocked about how active he is. I think I was used to taking care of girls. They seem to be a little more sedate. It is truly a challenge to keep him safe and entertained.

We are still getting up with Chase 1-3 times per night. We pretty much always feel tired because the interrupted sleep is just not conducive to feeling rested when we wake up in the morning. We are making it though.

Chase can wave "bye bye." If you ask him to clap, he will start clapping his hands. He can also say "ahhhh." We ask him to say "ahhhh" and he can copy us. Very cute. He can say "mama" and "dada." However, it difficult to know if he actually knows that he is saying our names. He definitely knows who certain people are. If we ask where Bridget is, he will look right at her. He also can identify where we are in a room.

This has turned into a long update. I am sure I have forgotten something, but that is all I will say for now. We are grateful that he is healthy, and that his development seems to be progressing normally. That is something that I never want to take for granted. The Lord is good!
Posted by The Abe Green Family at 7:22 PM 1 comment:

After much whining, moaning, and drooling, Chase finally has his first tooth. Jess and I heard a clinking noise when Chase was eating some breakfast this morning, and after removing the spoon, we could see his first tooth.
Posted by The Abe Green Family at 9:23 AM 2 comments:

Here is a cute video of Chase bouncing in his exersaucer. Daddy is in the background bouncing up and down, and Chase is copying him.

Posted by The Abe Green Family at 10:08 PM No comments:

Our little guy is cruising around the house. He can walk around the room holding onto furniture. It is really cute. We think he is getting close to walking. He is experimenting with letting go of stuff while he is standing.

Last Sunday night while we were in the church nursery, he was standing at a little table. He started to walk and push the table around the room. We will probably get him a toy to push around the house.

Everyone that observes our little guy always says that he is getting close to walking. It is exciting to seem him grow and develop!
Posted by The Abe Green Family at 7:10 PM No comments: